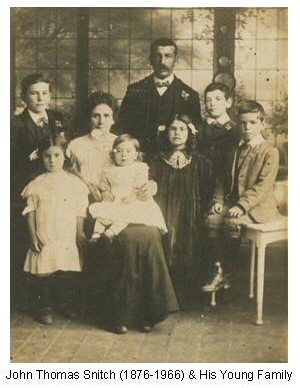 The origins of the family name Snitch have not been found to date but there are a few ideas floating around, one of which is that it originates from an Anglo Saxon name and represents a stitcher of Leather. Another is from the German name of Schnitz or Schnetz which both are derivatives of the name Schnitz(l)er, which is someone who cuts wood (e.g. crossbow maker or a carver of wood).
As Snitch is a rare name, localised to one part of the country, it is highly likely that it arose from a single individual. The surname Snitch was established in North Bedfordshire area in the 16th century. Whilst there is a small possibility that the name originated from Sneachill in Worcestershire, or that it has been simplified from a foreign source, it is much more likely that it derived from a dialect term, denoting a personal characteristic, an occupation, or a reference to the landscape. It may have therefore been established in Bedfordshire for many generations before John Snich was baptised in 1575 in Blunham, and may have been used as a hereditary surname for at least two hundred years before this date. I’m sure there are a lot of ideas floating around and it would be nice to find the origins.

You will see that the majority of the families were made up mostly of Agricultural Labourers although there is the odd Carpenter, Wheelwright as well as Farmer but these are few and far between. They never travelled very far to find their future spouses usually from the same or adjacent village’s.

The earliest entry that I can find showed the family starting in with a death in Blunham in Bedfordshire in 1573. From here they moved to Sandy a matter of a couple of miles down from what is now the A1 road. The next entry shows them in Potton a few miles from Sandy, where they stayed for about 100 years. They then moved to Eynesbury, Southill and Offord Darcy/Cluny and on to Wistow and Huntingdon. It shows that the families stayed close to each other until the mid 1700’s when they started to disperse, although not too far. It’s not till the mid 1800’s when they started to move as far afield as London and Yorkshire, although the majority stayed in the Huntingdon/Whittlesey area. It’s around the late 1800’s and early 1900’s when the families start to spread their wings even further afield and move abroad to the USA and Australia. So if you work your way down the individuals on the births list, you will see that they are still fairly contained in the same areas that they were in the 1800’s and that they migrated from Blunham up the A1 slowly to Huntingdon/Peterborough/Whittlesey, where the majority are still located to this day.

The lists on this site are of every Snitch that I can find registered in the UK, Australia and the USA, but I’m sure there are some out there that may still be eluding me. So if you’re aware of any Snitch’s that are not identified on this site could I ask you to get back to me and advise me so that they may be included.

This site is divided up so that you can see the list of individuals that have been researched so far by birth, marriage and death. There is also a family tree to show how they link to myself. I hope you have fun navigating your way round the site and that you can find yourselves in the “SNITCH FAMILY TREE”. If you find any details that may need to be amended I would appreciate it if you could get back and advise me, as well as any of the gaps in the lists that you may be able to fill in for me and please don’t forget to keep me informed of any new births, marriages and deaths as they occur.